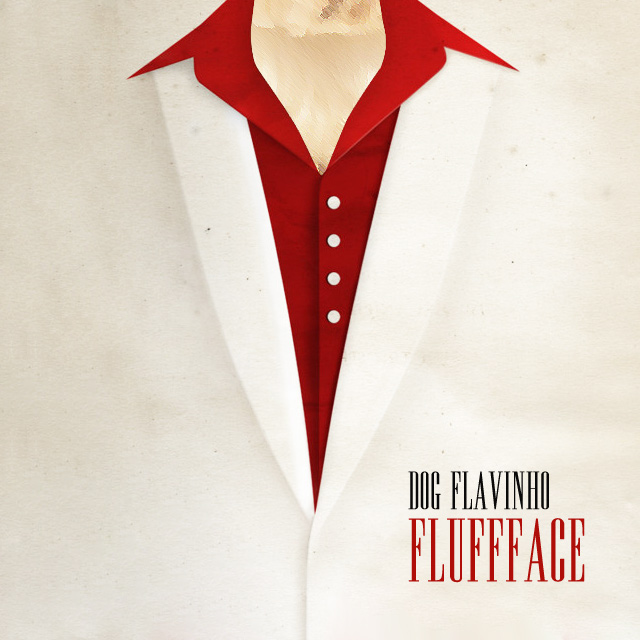 In 2012, Flávio arrived on Instagram. Like every newcomer, he was sent to a Shih Tzu IG refugee camp where like for like and follow for follow are the only ways to survive. Flávi0 has never been the one to beg for attention. The idea of exchanging anything other than body fluids or business transactions has always made him uncomfortable. He then figured out a way to extend his fan base by illegally supplying other fellow refugee dogs with home-brewed beverages. His promotional skills quickly became the talk of the town.

Flavio’s characteristics like attractiveness, extraordinary lifestyle and other special skills strongly differed from the social norm. In exchange for an endorsement and at the request of wealthy dog supplier zee.dog, Flávio was released from the camp and given his first official players card. But the endorsement didn’t mean he worked for them. It was just a matter of time until the player became the coach.

“I would like to thank zee.dog for making me their ambassador and help me on the tough job of controlling my b*tches! I will have all of them on cool-full-of-swag tight leashes!”

The money started pouring in. Flavio didn’t think that a bank was a safe place to store his handful of stacks. He preferred to keep his coins close to him… on the table… in his leaving room.

I make it rain! You better grab an umbrella!

Consistency and long-term commitment were not Flávio’s core values only when it came to women. In an effort to make more money, Flávio started his own business. He named it FlavioBox. The business concept was pretty simple but powerful. Flavio offered a box with a delightful and delicious sexy beast inside – himself. The FlavioBox offered hourly and daily subscription rates. The pricing strategy solely depended on the visuals of the potential customer. Needless to say, his new enterprise scared the competition and was bought by the BarkBox the very same day.

The buyout was a great multi-million-dollar deal but Flav needed to secure another consistent source of income. He negotiated a lucrative endorsement deal with BarkBox. With two endorsement deals in his pocket, he was rising to fame. His face was on every corner, every bus and every magazine. People couldn’t get enough of him and he enjoyed the high degree of public awareness. His life was like a movie that hasn’t been released. But he was nominated by the Academy and won the Oscar in the “FLUFF Performance of the year” category.

Winning “FLUFF PERFORMANCE OF THE YEAR” is such a joy but, honestly, it was expected.

Flávio was made to rule the world around him. He avoided doing things that are wasteful and never participated in things of no benefit to him. Unless there were 2 benefits…

If Flavio had one weakness, it would be women. He was known as the Don Juan de Flávio, the merciless womanizer and conquistador of women’s hearts and other body parts. But as much as he loved women, he never fully trusted them.

Love them but never trust them!

While other dogs received toys and treats, BarkBox would send him a monthly box with a different kind of toy inside – beautiful young ladies who would do almost anything for him if the tip was right. Believe it or not, there was a long waiting list to get in that box.

My name is Flávio but you can call me Big Daddy.

Tiger Shihtzswag, Munchkin, Sparkles among many other beautiful ladies spent many sleepless nights tossing and turning in their beds under the spell of his magic powers of seduction. While Munchkin was saved by the bell and Tiger by Mrs. Shihtzswag, Sparkles remained his on and off love interest.

You might be asking yourself who wear the pants in my relationship with my bae Sparkles… Well, no one. Literally.

Flávio’s entourage included women only. The strict office dress code consisted of bikinis and lingerie. On casual Fridays everyone came to the office naked. Hugh Hefner, Charlie Sheen, Snoop Dogg, Gus Shihtzswag, Scruffy and Sonny are just a few big names that regularly payed a visit to his office.

Dog Flavinho made a fortune, became powerful and had seduced more women than there are in the Michel Teló video Ai Se Eu Te Pego. Flavío lives the American Dream and he doesn’t even live in America.

The World is Mine!

Are you intrigued to find out more about the King of Fluff? Follow his royal steps @dogflavinho on Instagram. But don’t forget to hide your daughters first.