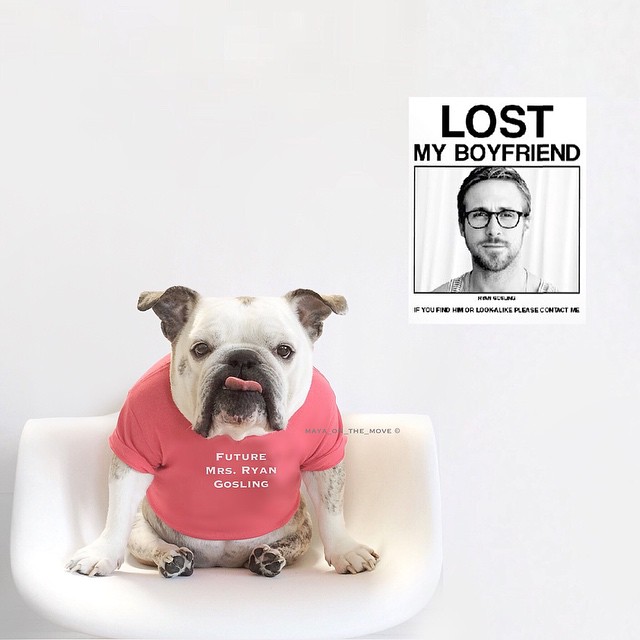 Maya’s story is about unconditional love. Maya is an exceptionally adorable Bulldog from New York. As any typical New Yorker, Maya barks directions at cab drivers. She checks the color of the Empire State Building at night and tans in Central Park during the summer. Though she doesn’t care about Pat Kiernan.

The man of her dreams is one of the former 50 Hottest Bachelors, the handsome movie star Ryan Gosling, best known for his roles in the movies The Notebook and Crazy, Stupid, Love. 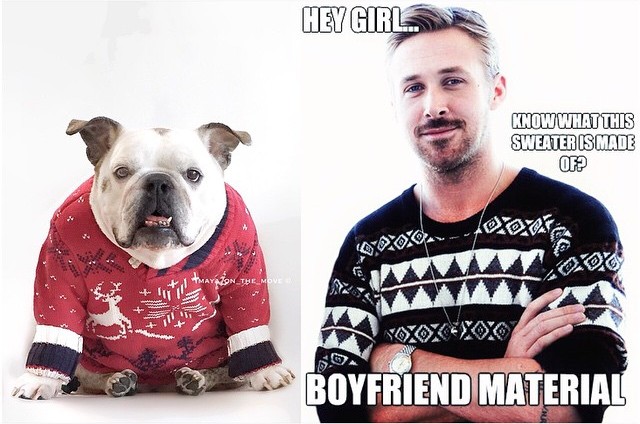 Maya’s eyes say: “Ryan Gosling is all the man that I need”

After watching both movies, Maya couldn’t stop fantasizing about Ryan. First, she tried to change the movie storyline on IMDb from:

A poor and passionate young man falls in love with a rich young woman and gives her a sense of freedom. They soon are separated by their social differences.

A ridiculously good looking and passionate bulldog falls in love with a handsome actor and gives him a sense of freedom. They soon are married and live happily ever after.

After she was banned from the online movie network, Maya realized that she needed a really good plan to get Ryan’s attention. She then turned to Google for answers and found this memorable quote by Ryan Gosling:

You can do whatever you really love to do, no matter what it is.

Maya immediately knew what to do! She loves to love Ryan; therefore, she will do Ryan! 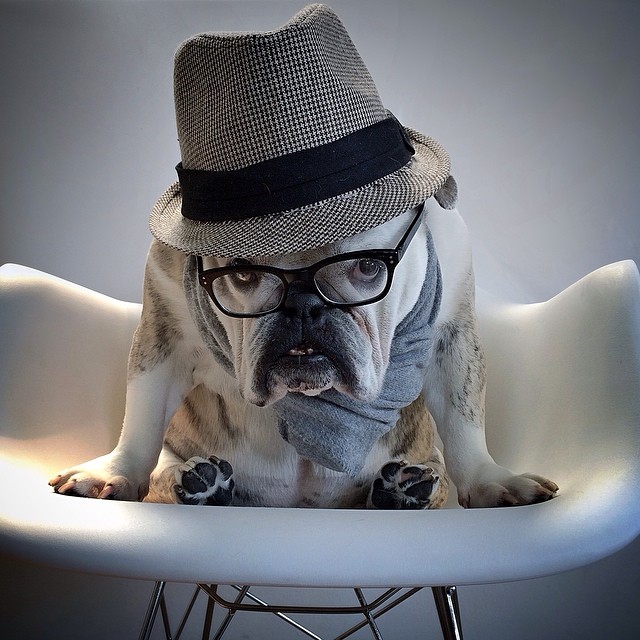 She spent days re-watching all of his interviews over and over again. Until one day she heard him say:

One thing I love most about being an adult is the right to buy candy whenever and wherever I want.

A couple of hours later, Maya was a proud owner of an Ice Cream truck that magically appeared on the nearest block corner of every movie set in NYC. 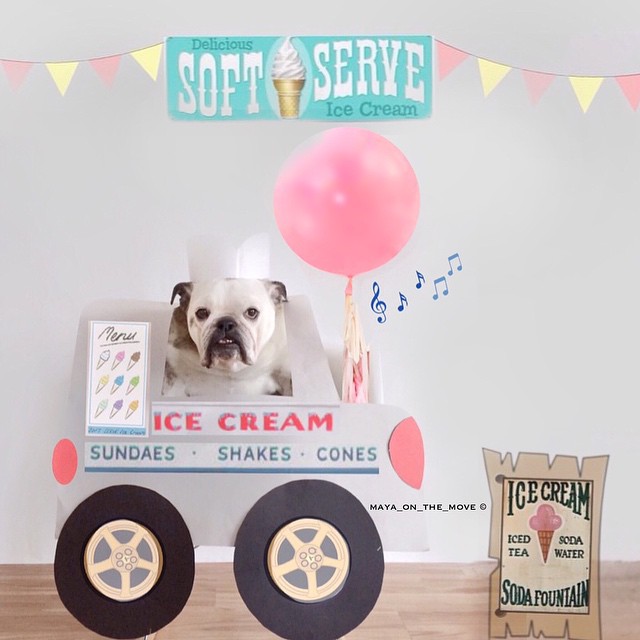 To make a long story short, she wasn’t exactly the owner of the Ice Cream truck. According to the police statement, she temporarily borrowed it from the actual proud owner without his knowledge. Luckily, the NYPD officers were so touched by her romantic love story and her big brown eyes that all charges against her were dropped and she was free to go home. 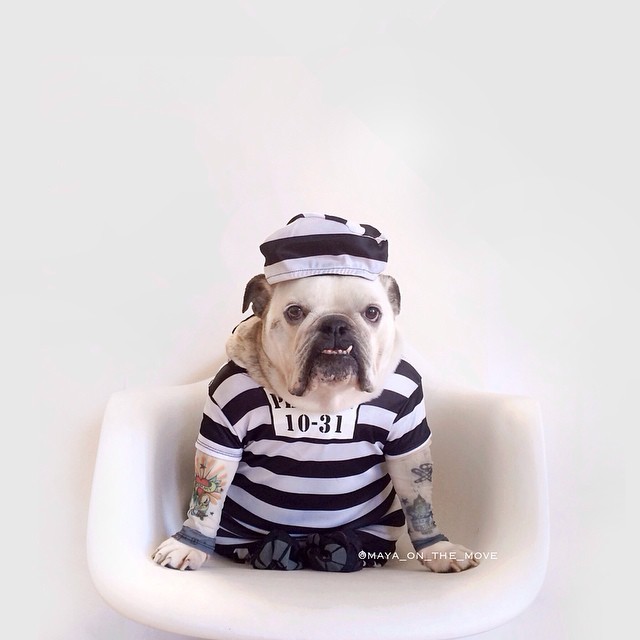 Things I do for love.

Maya needed a new plan. As soon as she got home, she googled the latest on Ryan. It was a real challenge to create a master plan that didn’t include any criminal activities. That’s when she read Ryan say:

I thank God for music.

Ryan Gosling loves music and was a member of the band called Dead Man’s Bones. Upon that discovery, Maya wrote and remixed a song called Paw Paw Put a Ring on It. Her musical interpretation was inspired by the song Pa Pa Power from the album Dead Man’s Bones released in 2009. Her resemblance to Beyoncè is pure coincidence. 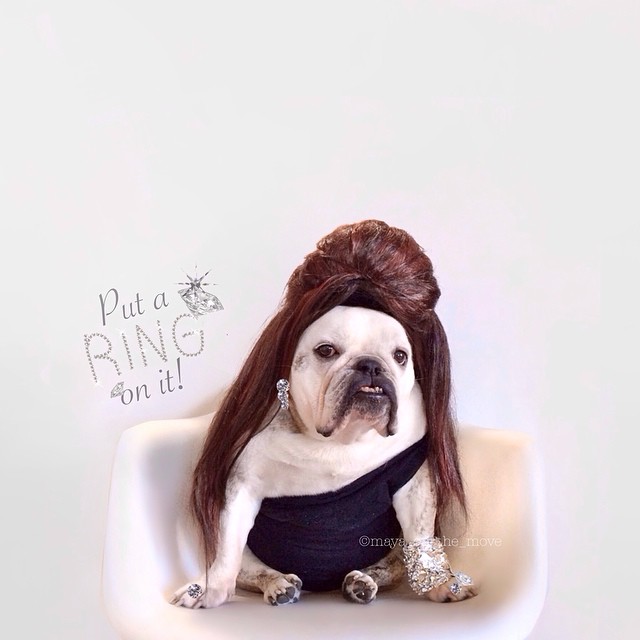 Remix: Paw Paw Put a Ring on It!

Maya was on the move. Knowing that most women Ryan had dated were his co-stars, she took acting classes and auditioned for various roles in Hollywood. She landed an extra in a Bollywood rumored remake of The Notebook called U, Me Aur Hum. 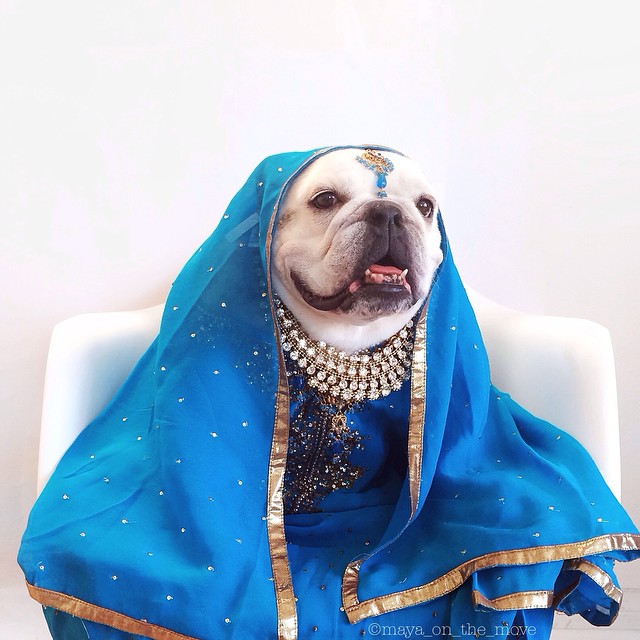 While Kim Kardashian was still deliberating with her mother whether or not to do a Playboy shoot, Maya jumped in and broke the internet. 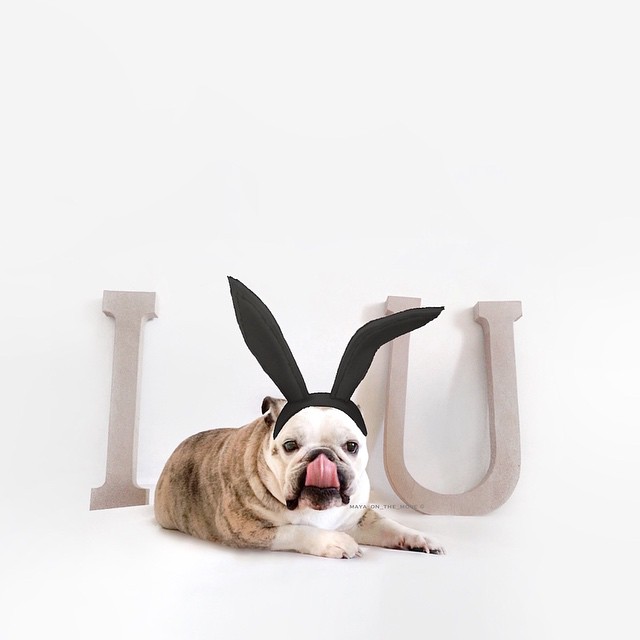 Unfortunately, her glorious attempts to get Ryan’s attention have not resulted in the expected outcome. Maya may have lost a few battles but she can still win the war. 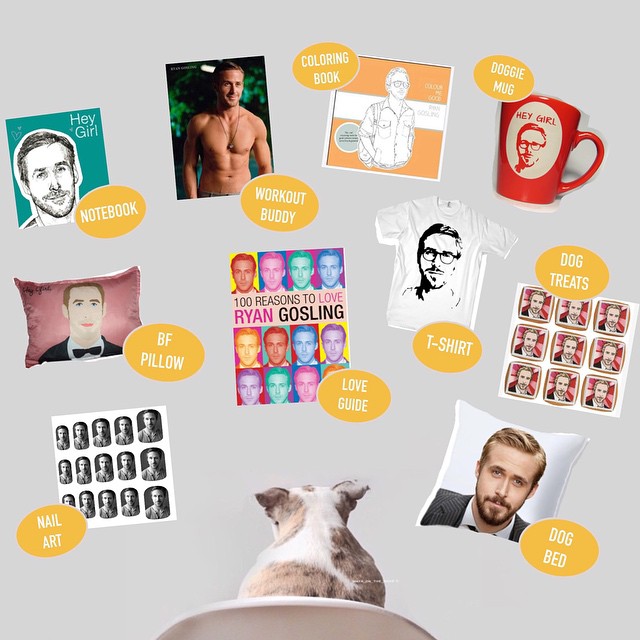 This is no ordinary love as Sade would sing…

If you are reading this and you happen to be cool with Ryan Gosling, please let him know that Maya patiently awaits him at the NY City Hall every Friday at 7.45 am. 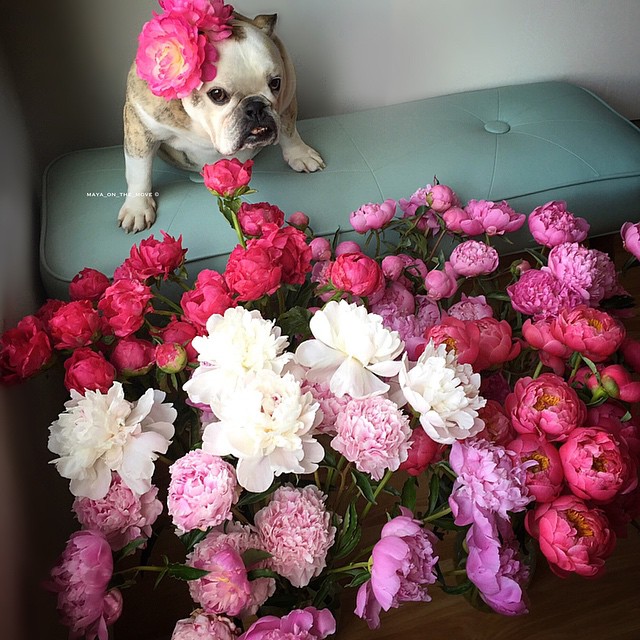 Meet you at the altar in my white dress. We ain’t getting no younger, we might as well do this.

See all of the amazing and crazy in love Maya on the move and in action on Instagram. I promise it will make your day! 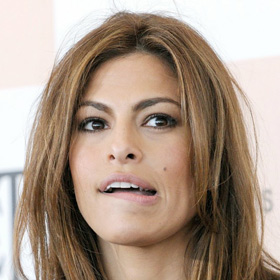 P.S.: After this story went viral, TMZ has contacted Eva Mendes for a comment, and that was her reaction:

All images © maya_on_the_move
Quotes by Ryan Gossling were borrowed from IMDb