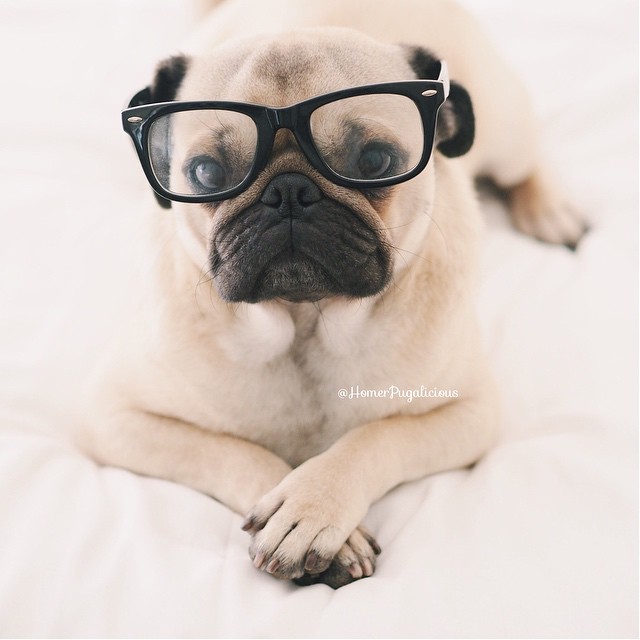 Home » Love and What’s Food Got to Do with It

Love and What’s Food Got to Do with It

When a woman says ‘What?’, it’s not because she can’t hear you. It’s because she is hungry.

Homer is every girl’s dream. He is handsome, funny and smart pug who comes from a good family and who knows how to make donuts with… donuts. Homer is one of the most respected food tasters in the culinary industry. His specialties are burgers, pizzas, and sweets in all shapes and forms.

Homer discovered his love for tasty things in life at the age when ‘Tom and Jerry’ is your ‘Breaking Bad’. His babysitter who watched him while his Momager was at work (not what you think!) used to spend hours on the phone with her boyfriend. During one conversation, she would go through many different emotions including love, hate, joy, anger, disgust, hope, and panic, just to name a few.

At that time, Homer only knew one real emotional state – hungry. So he assumed that she was probably just like him, always hungry. He appreciated the kindness of his babysitter who supplied him with fair amount chips and remote controls while there.

The chips are lonely. Pass the Courvoisier…

At first, Homer found the endless phone discussions to be an annoying waste of time. Yet, after listening to them long enough he felt that he was more involved in the relationship than the actual boyfriend. One day the babysitter came over without his favorite bag of chips. Homer instantly knew that something was wrong. Turned out, the boyfriend didn’t have the willpower to eat just one peanut. He had lots of peanuts but hated peanut butter because he was scared of getting peanut butter stuck to the roof of his mouth.

If anyone ever tells you that you put too much peanut butter on your toast, stop talking to them. You really don’t need that kind of negativity in your life.

As years went by, Homer realized that when it comes to humans, there is an obvious connection between relationships and food. Homer identified two major but somewhat conflicting desires that most women had in common: food and men. One of them is finding true love, preferably in the form of Mr. Right.

Women dream about the happily ever after with Mr. Right.

The other one, also Homer’s favorite topic, is food. Homer acknowledged that love might be the answer, but while waiting for the answer, food is the ultimate remedy. People come and go, but you and food are stuck together for life.

Women dream of being able to eat whatever they want without getting fat.

Regardless of how many falling in love mistakes you’ve made and regretted, you never regretted the pizza that came with it. Whenever you feel lonely and are longing for that comfy evening on the couch with your ex while watching his favorite TV show and devouring your half of the pizza, remind yourself that it’s not the ex that you miss, it’s the pizza!

There’s no better feeling in the world than a warm pizza box on your lap.

The perfect case scenario would surely be eating delicious food with Mr. Right without getting fat. Yet, since perfect is only in your mind, women are forced to balance their urge to find that Mister while trying not to overdose on chocolate. The desires are inversely proportional. The less you eat, the more you want Mr. Right. The more you eat, the less you want Mr. Right. Hence, Homer concluded that the desire to find Mr. Right depends solely on how hungry a woman is.

Feed your woman right, if you ain’t her Mr. Right!

After all, keeping a woman happy isn’t that difficult – good food could compensate the shortcomings. To legitimate his findings, Homer needed some statistical backup. A few Google hours later, Homer found an interesting survey of 4.000 singles conducted by TODAY.com and Match.com. The survey investigated the correlation between eating and dating. If forced to choose, almost 40% of women would drop sex like a hot potato in return for their favored food, while only 16% of single men would give up sex for their most favorite meal.

Starbucks is a great idea for the first date. Keep in mind, you get what you pay for.

Homer further dismissed the validity of the well-known saying “One way to a man’s heart is through his stomach.” In today’s world, it’s the woman you gotta worry about. If a man doesn’t have the time to satisfy his woman’s need for affection and attention, Homer would strongly recommend filling up her fridge with ice cream.

One way to a woman’s heart is through her stomach.

Homer took it one step further by analyzing the role of food in a happy marriage. Maintaining a happy marriage today means having reasons to be together. Food is definitely one of these perfect reasons. Cooking for two is more efficient than cooking for one. You burn calories while cooking and you eat less because you have to share. Eating together provides an excellent opportunity to get to know each other better because no spouse stays the person you once married.

If you have any question regarding Homer’s theory of love and food or need a delicious food recommendation, head over to Homer’s amazing Instagram office now. I promise it’ll make you hungry!