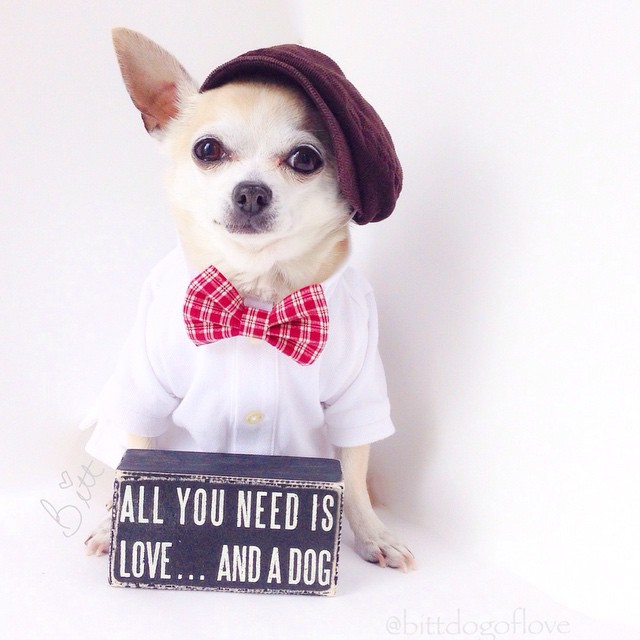 Let me tell you a little bit about the little Bitt.

Bitt sure makes an impression of a cute little Chihuahua darling. A little hot tamale that would keep your lap warm during cold winter nights, shower you with countless kisses on your nose, and faithfully follow your around the house like you owe him money. But when it comes to Bitt, there is more than meets the eye…

Bitt was working at the local McRonald’s as a French Fries account manager. His main duties included counting fries. The job demanded his full concentration and focus. A calculation mistake would have had detrimental effects on the company’s reputation and would cost him his job.

There were definitely 68 fries in here before. Now, 65. FRIES DON’T JUST DISAPPEAR, PEOPLE!

After only a few months on the job, Bitt had a dexterous idea to invent an automated machine that would count fries. The counting mechanism steered by a computer would reduce the counting errors down to 0.001% percent.

Bitt – the inventor of the fries counting machine Fries-O-mator.

Soon after Bitt introduced  his invention to the national CFO (Chief Fries Officer) of McRonald’s, Fries-O-mator went into mass production. Fries-O-mator became one of the most praised and useful inventions since sliced bread. Bitt was instantly promoted to the international CFO. On a scale from 1 to 10, his social and financial statuses were placed at 12. 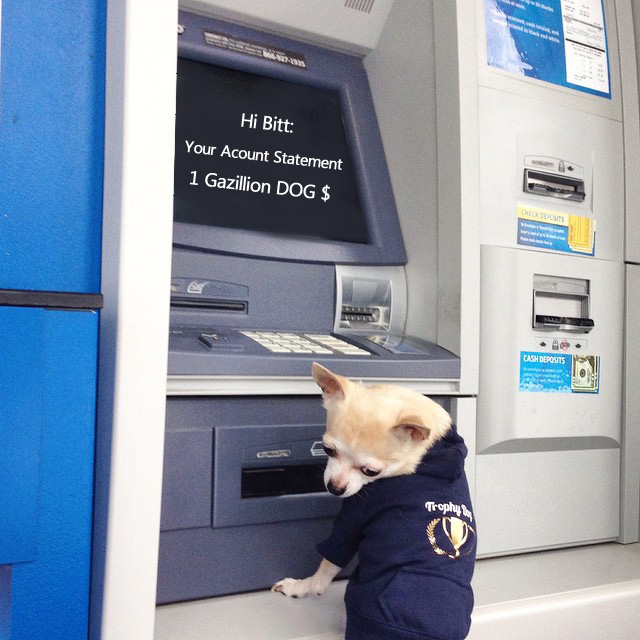 I Got Money In The Bank (Yea), Shawty What You Drank?

Yet, one very important thing was missing in Bitt’s life: a woman he can call his own. Money and fame didn’t make up for the empty space in his heart. Although, he did acknowledge the fact that crying about it a Porsche was much more comfortable than on a bus.

All by myself. Don’t wanna be…

The loneliness was getting the best of him. To avoid public attention, he hid in places no one would ever look. He wished he could be “just a little less dramatic like a Kennedy when Camelot went down in flames”.

Bitt numbed the pain at the expense of his liver. Don’t know what he did next, all I know he couldn’t stop.

Things seemed to be getting out of hand until the day he saw HER in the parking lot of the local Market & Pharmacy. She was just standing there in her cool yellow shades, looking granny-slappin’ good, smiling right at him. He instantly knew – she was the one he’s been waiting for. But as it often happens in life, another dog was holding her on a tight leash. After a couple of minutes of mutual starring, she jumped in her car and disappeared behind the sandy smoke of her roaring tires.

That was love at first sight!

From now on, Bitt was camping across from the parking lot of local Market & Pharmacy. Scared to miss the moment she’d bless the local grocery store with her presence again. He didn’t eat, sleep or shower. He just sat there surrounded by fresh roses delivered daily by the local flower store. Then came the winter…

I got an icebox where my heart used to be… and my ears, and my nose, and my paws…

Word got around to the barflies and the baptists. His mama’s phone started ringin’ off the hook. He can hear her now sayin’ she ain’t gonna have it. Don’t matter how you feel, it only matters how you look!

His Momager didn’t think that Bitt’s passive and now slightly aggressive behavior would get him any closer to that mysterious woman of his dreams.

You can’t just sit there and do nothing. Poop or get off the pot!

Working in the food industry, he took his extraordinary cooking skills to the stove and made a pancake portrait of the one he loved. Unfortunately, his clueless Dad who returned home earlier that day, mistook the work of art for dinner.

The pancake of love!

Bitt couldn’t believe that his Dad ate the pancake portrait of the woman he loved. Besides, who eats pancakes for dinner? After Momager explained the peculiar situation to Bitt’s Dad, it was time to have a man-to-man tête-à-tête with Bitt.

The way to a woman’s heart is not through her stomach. It’s way more complicated! Man up! Be a little bit Country, a little bit Rock n’ Roll!

Bitt followed his Dad’s advice. He started doing P90X, reduced the expenses of his liver, significantly improved his diet, and reinvented his dressing style.

That Friday, Bitt was still in his office catching up on some paper work that piled up while his was going through his midlife crisis. To maintain his masculine body shape, he regularly took short push-up breaks. During his 131st push-up, he heard someone knocking on his office door.

Bitt doing push-ups in his office.

She slowly walked in, took off her red shades, and said:

Hi, my name is Miranda Lambert. I’m the new spokesperson for the Fried-O-matic campaign. Are your Mr. Shelton?

Bitt couldn’t believe his eyes. He probably would have dropped to the ground but, thanks to his push-up breaks, he was already there.

Long story short. Bitt became a famous American country music singer. He resigned from his job as CFO and surprised Miranda by proposing to her on stage in Dallas. 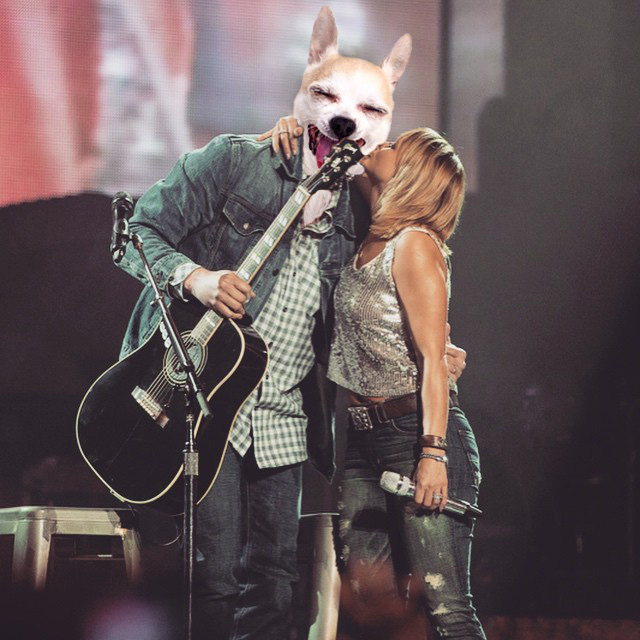 Considering the fact that there is no reflection of Mrs. Shelton on that shiny caravan, this story might raise some justified questions. And if you are looking to find the answers, get up with Bitt for a little bit longer.