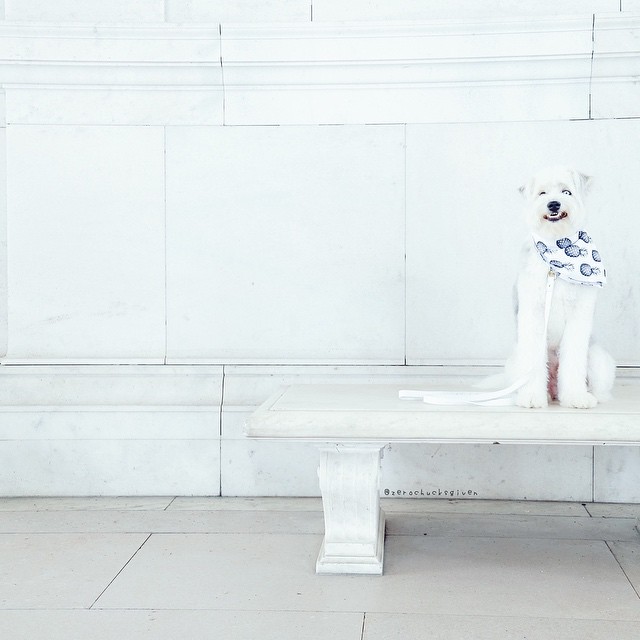 How I Met My Chuck – Part I

The one question that I am often asked is, “Where did you get him?“… that and “What is he?“. Questions are rarely easy for me to answer, even if it pertains to just Chuck. Just a result of my upbringing, of which details are neither here nor there. I digress. A person who followed this account once said to me, “Your followers just want to know more about Chuck. He’s a beautiful dog.” Understandable.

With that said, here is the story of how Chuck came into my life…

I’ve never been one to live a life where I’ve conformed to societal norms and expectations.

To understand why I indicated that Chuck and I were meant to be involves a little backstory.

Our story, as much of my life, is rather unconventional. I’ve never been one to live a life where I’ve conformed to societal norms and expectations. Rather, I’ve always said and done whatever I felt in my heart. Of course, that has often led to difficulties that otherwise could have been avoided. It has led me from state to state, jobs to jobs. Friends and co-workers alike have often commented that I need my own reality TV show with the ridiculous predicaments I often find myself in. The romantic in me caused me to drop my life and fly across the nation to declare my feelings to one who was disinclined to return my fervent ardor.

After much introspection, I later discovered that it was my need to conquer and win that led to such actions and less about the person. I thank that person for seeing things for what they were, otherwise, I wouldn’t be with Chuck. I did that twice. Different people. Not kidding.

So here I was, living 800 miles away from my home state. I wanted to go home, but I did not know how. And suddenly, out of nowhere, an old acquaintance called me. Someone I had met at a bar many states away, several years ago, and knew for only 2 hours. That last sentence sounded salacious, but I assure you it was nothing of that sort, but again… details are neither here nor there. But, the important thing was… it led me closer to my precious little Chuck.

If you want change in your life, you have to make it happen.

I don’t attach any meaning as to why this person called me, but the important thing was that they did. And the reason for the call was to let me know that the company they worked for was hiring. The one and the same company that I had interviewed at three times. Three times. And three times, despite my qualifications and charm (that might be an exaggeration), they turned me down no less.

Growing up, my mom always prescribed to the phrase “it’s not the right time yet”. She believed that the ebb and flow of life happens when they are meant to happen and no amount of efforts can change your destiny. Perhaps, out of spite, this is why I spent much of my life swimming against the current. Making life more difficult than it had to be. That anyone can control his or her destiny if they just make it happen instead of waiting for it to happen. Typical child vs. parent philosophical struggle. But now I see that she was right. It wasn’t meant to happen when I wanted it to happen.

And suddenly, it was the right time. Here I was in a city where I knew no one and I was basically alone. Drifting along. Trying to make a change, but no relief would come. As an aside, I still believe that if you want change in your life, you have to make it happen. I think what my mom meant was that we cannot change destiny. We can take longer ways to get there, but every little thing that happens in our life leads us down a different path of life. We don’t see these little “ticks”, these little defining moments when we’re in the moment. But when we look back, we say “I wish I could have done this” or “I should have done that” and then my life would be this. But is it true? Hindsight is very flawed.

The context that surrounds this story is that all the little things that I have done, all the decisions I have made in my life, whether good or bad, and all the people I have met led me to Chuck. I prefer to look at life in this manner, rather than wanting to change all the bad and keep only the good. At any rate, I packed my life in my old jalopy that I had named Bessie (she sucked) and moved to the state where the company was hiring. No interview offered yet. No job yet. But I left. On a whim.

And so I stayed. And endured some pretty miserable years.

I got the job. I won’t go into the details about how I almost didn’t get the job, but the important piece of this is that I got the job. And after working there for several months, I wanted to leave. And leave I almost did. In fact, I had sent out over 200 resumes and submitted so many online applications that this type of behavior could only be construed as desperation. However, I prefer to describe it as fanatical motivation with extreme exuberance. Notwithstanding, for all my efforts, I garnered interviews with over 20 different companies from all over the country. Some were extremely prestigious, others were rather obscure. I almost took a company up on its offer, but could not for some reason. And so I stayed. And endured some pretty miserable years. But then I met someone. And although, I have since parted ways with said person, this person is one of the most important pieces to the “How I Met My Chuck” story.

I cannot remember a time when I felt so free.

I should backtrack some because, certain details are quite important to this story. Let me take you back to where I had packed all my life into Bessie, the jalopy, and took a week to get home. I cannot remember a time when I felt so free.

It’s amazing how it feels when you cut the “strings” of society and just wonder off on your own. No plans. No obligations. Nothing. I mentioned “get home”, but that’s purely an arbitrary term for lack of a better one. For a home I did not have. But a house I did. A house that I grew up in, but has long sat abandoned for years, its weight sagging upon tired old boards. A house full of memories and ghosts. A house that once felt so full and alive, but is now empty. Quiet. Haunting. And haunted it was.

For those of you who had read my @priceline post, you’d know that I believe in ghosts. But I had nowhere to go. A mausoleum it seemed. A veritable sprawling “mansion” (this is meant to be somewhat pejorative) sitting on acres upon acres of woods and meadows. I spent my childhood roaming these woods, often seeing a ghost or two. The scarier ones were the ones I saw inside the house. I knew all of these things and I knew I was alone. But pride kept me from calling anyone for help. So I holed myself in one of the smallest rooms in this house, locked all the doors, and slept with one eye open for several weeks. It was a nightmare to say the least.

My breaking point came one evening when I returned to the house after work and heard an odd scratching outside my window. Scritch. Scritch. Scritch. Over and over. And in a pattern, no less. I can usually handle random noises late at night with a false sense of bravado. At least then I could rationalize (i.e. lie to myself) and say it’s just the wind or an animal. But no. Scritch. Scritch. Scritch. In a successive, rhythmic pattern. I quickly locked all three doors to the room, dragged a twin mattress into the closet, shut the closet door, and sat against the wall staring at the door while the string from the closet light swung back and forth wildly. You know that string I’m talking about. A single string swinging back and forth in concert with the disturbance. Scritch. Scritch. Scritch. This noise became my personal “Chinese water torture”, and I knew if I stayed any longer, I would be certifiable before the dawn’s early light. With haste, I grabbed what meager belongings I had, sprinted out of the house, and vaulted into my old car.

Please start, I begged my car. Please. Just this one time. Please do not disappoint me. And with a couple of cranks, her engine heaved a tired protest. I screamed my” huzzah!” and I hightailed it quickly out through the gates. It was fitting that Supertramp’s “Goodbye Stranger” was blaring on the radio. That was the last time I ever spent the night under the roof of that house. Never again did I return. Never again.

How I Met My Chuck – Part II 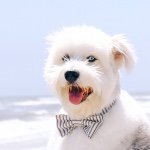 By the pawsome Chuck

Chuck 'Norris' Debonair is a rebellious and courageous personality. Follow his amazing story "How I met my Chuck".