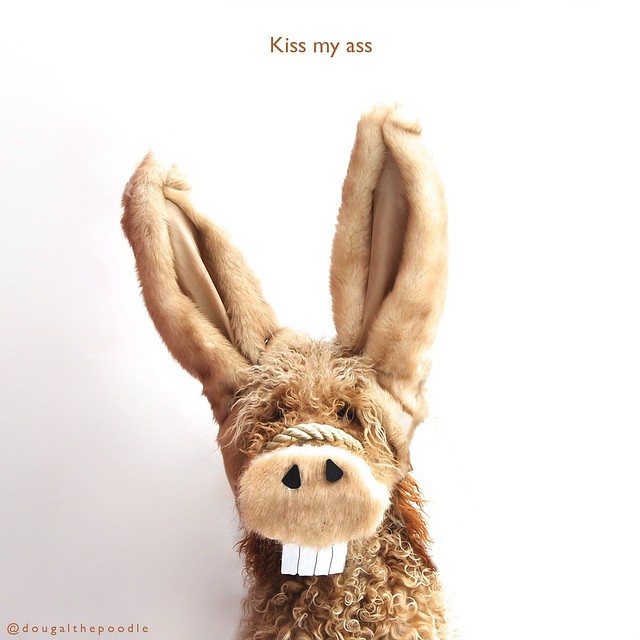 This is not a donkey! This is the seriously funny and punny hilarious Dougal, the Punny Poodle!

Dougal is Miniature Poodle who lives in Great Britain. Dougal Mungo Nicholson Esq. describes himself as a handsome little devil and a player of words and women. The fly charmer knows how to play that game. It doesn’t take much to keep a woman happy but it takes even less to make her mad. And this is the least Dougal can do. 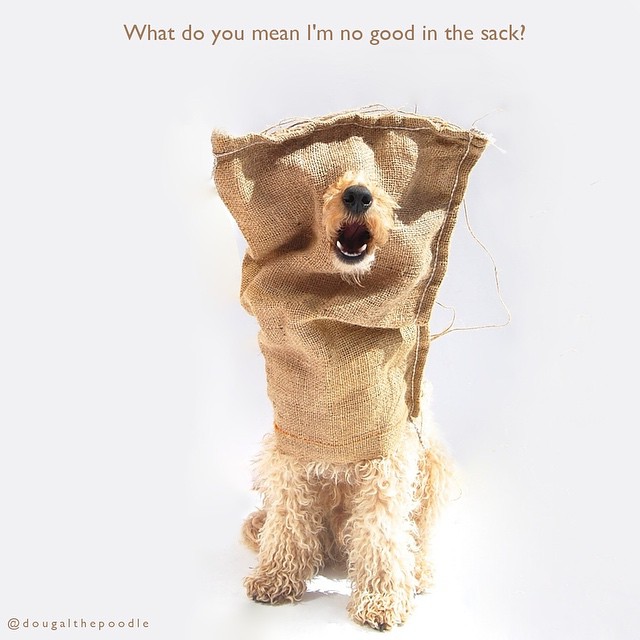 Dougal doesn’t play when it comes to the one very special person in his life – his adorable human who has a great passion for the rustic version of Merlot, the Malbec wine, photography and word play. This talented woman, always at his beck and call, is responsible for your entertainment @dougalthepoodle on Instagram. 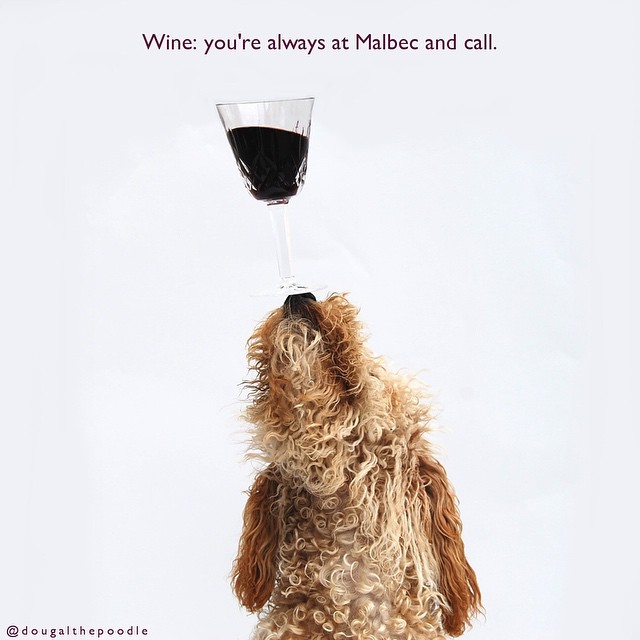 For the one who is always at my beck and call and who, since having me in her life, needs significantly less wine than she did before!

Chasing women are not the only leisure activity of the handsome poodle. He likes to slice-o-nym and play with words by manipulating and then combining them into a headline sentence. This playful technique equips each picture with a unique quintessence. The outcome is hilarious! 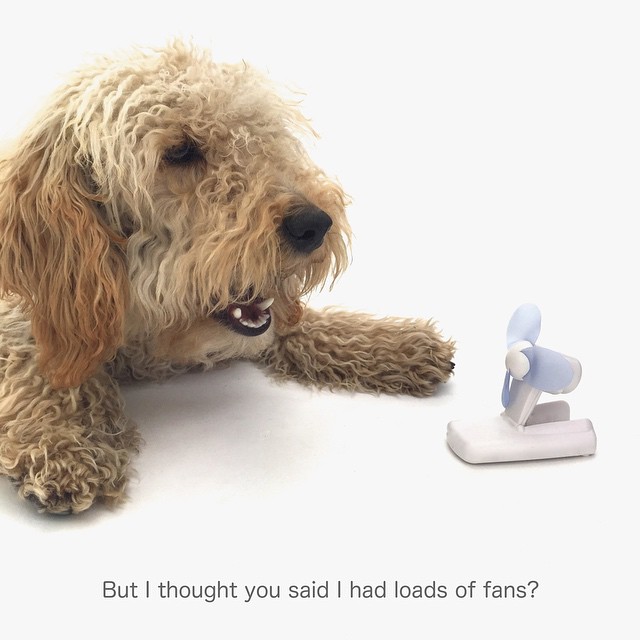 Can’t believe I only have one fan… I’m such a hot dog! I thought I was fan-tastic.

I’m afraid I have to take a reign cheque (or reign check, for my American pals) because I’ve run out of ermine and my tailor doesn’t take credit cards!

As you can see, I’m having some anti-gravity #SpacePawblems!

For more hilarious pictures of the witty poodle, head over to punnypoodle. Satisfaction guaranteed!