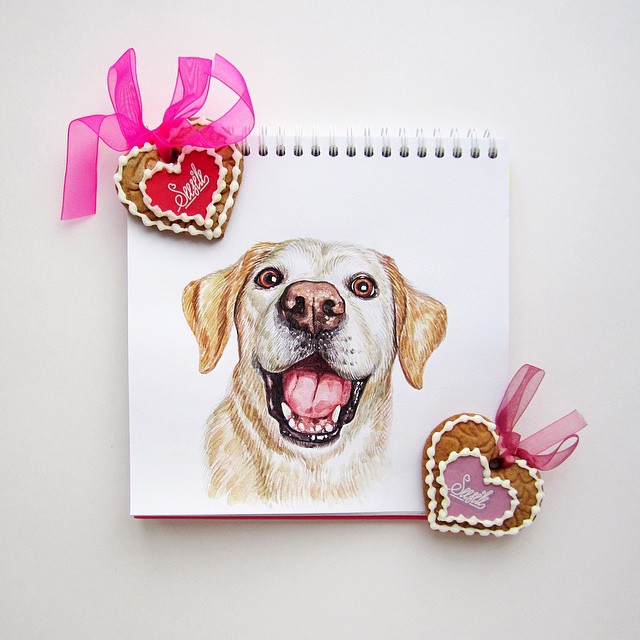 In my humble opinion, Valerie Suslopanova aka vsusik is one of the most creative and talented animal illustrators on Instagram. Not only she draws amazing portraits of the dogs, by adding a little extra creative spice to it, she instantly makes the illustration interactive and real. Each of her illustrations tell a wordless story about the dog she portrays. The elements placed around the main character create a unique moment that has a past, present and future. 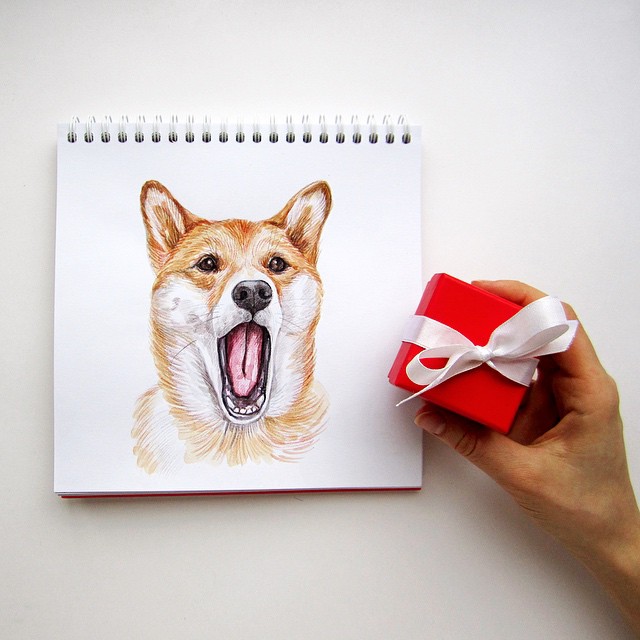 Recently, she has finished a project called Superheroes. It’s a series of interactive sketches of dogs depicted as superheros.

If you cage the beast, the beast will get angry! 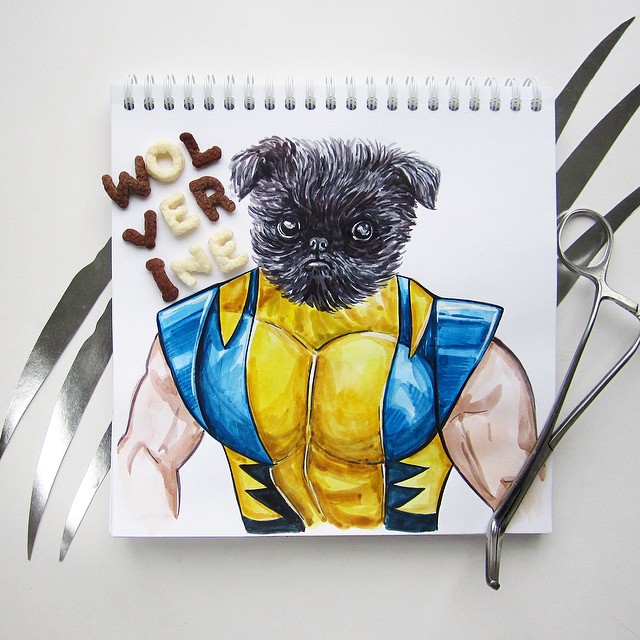 4/8 Woverine – Superheros by vsusik
Born as James Howlett and commonly known as Logan, Wolverine is a mutant, possessing animal-keen senses, enhanced physical capabilities, three retracting bone claws on each hand and a healing factor that allows him to recover from virtually any wound, disease or toxin at an accelerated rate.

Her previous project of sketches called Worldwide Woofs: How to sound like a dog in 14 language showcases dogs from different countries. So if you happen to be in Russia, the right thing to say to a dog would be “Gav” but if you happen to be having a conversation with an Italian dog, “Bau” is the word to use.

From Russia with Love 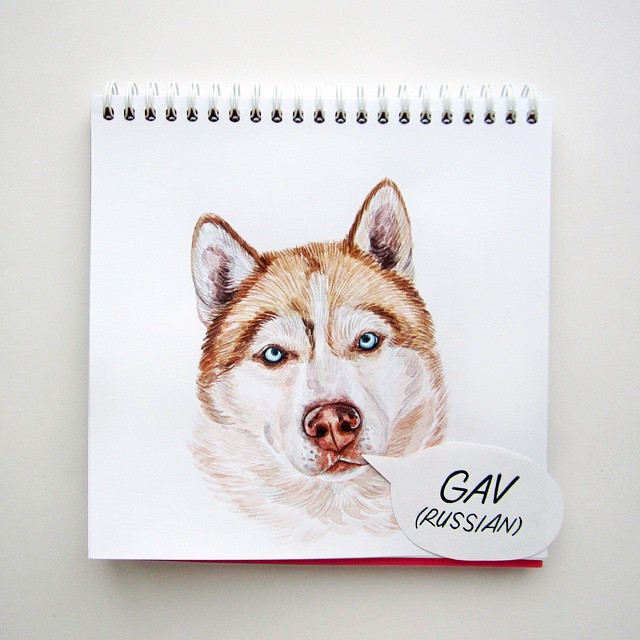 To see more amazing dog illustrations, you should immediately head over to Valeria’s profile on Instagram or visit her Facebook Group.